Interactive patches made in Max, downloadable as .maxpat files. 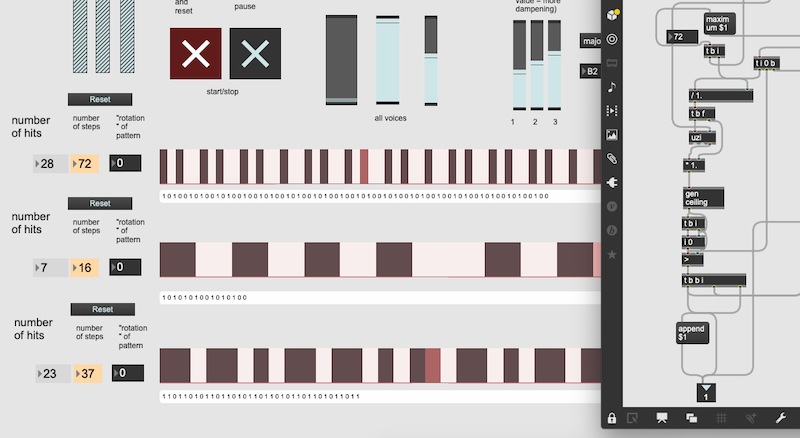 This patch can be downloaded as an abstraction, or as a demonstration patch with 3 euclidean generators sequencing 3 modeled string voices, mixed down using mc. objects.

This patch extends the core sequencer of the above patch to visually demonstrate the use of a line algorithm to generate a Euclidean rhythm. Click anywhere in the dark display window to generate a rhythm pattern as a function of rise/run. Lines with larger slopes generate more hits per sequence. Generates sound using a modeled string voice. 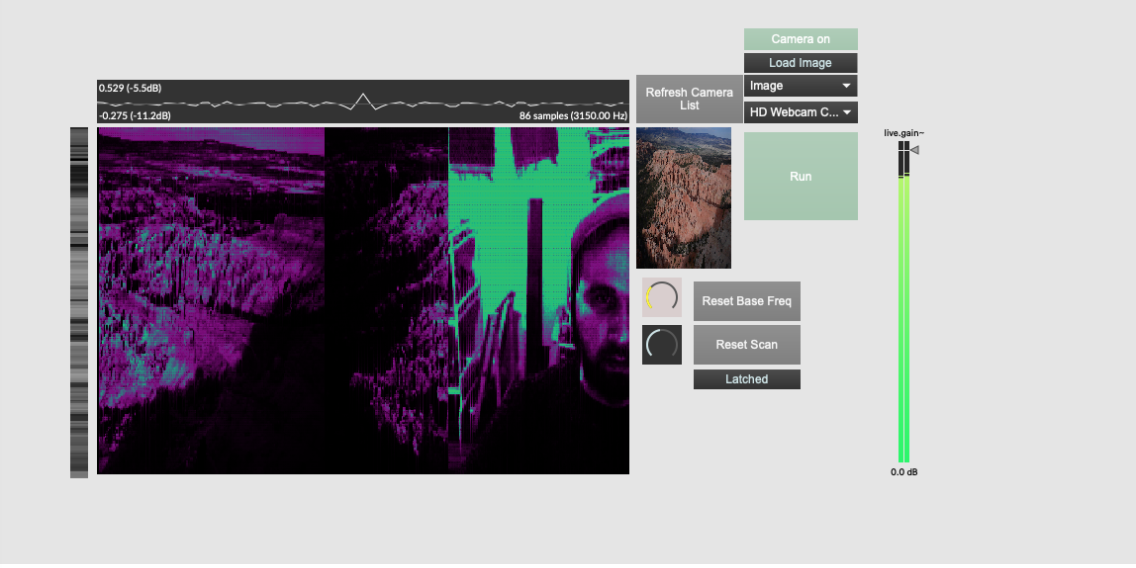 Resynthesizes image data as spectral sound data via a large sine oscillator bank, which is then fed back into a spectrogram. Accepts an uploaded image, a webcam feed, or screen capture. Since the patch reads image data serially, it can be used to manipulate visual information like a traditional document scanner. Play with the oscillator base frequency or image scan rate to warp both sonic and visual information.

*Turn down your volume before running the patch.

(may ask for permission to access your camera/files/record screen)